Announcing Mender 2.3: Easily update both system and applications. Read about it here

How to update a Docker container with Mender using Raspberry Pi

A Docker container packages applications in containers by virtualizing the operating system and dividing it into compartments to run applications. Powerful CPU-based devices can leverage virtualization to enable containers. Containers are easy to manage due to their atomic nature, enable more efficient use of system resources, faster delivery cycle and provide a nice layer of isolation. Microsoft...

Both are patch releases, meaning they include bugfixes and stability enhancements for the 2.1.0 and 2.2.0 releases, respectively.

For a full list of improvements, see the respective release notes:

Updating your device software, whether its system or application level, may seem an easy task to do when you first start your IoT project but then you realize what’s involved is more than just overwriting some files with new copies. What if the power goes out while the device is updating? What if the connectivity is lost due to poor network quality? What if a third party sends a fake update? What...

How to update a .deb package with Mender using Raspberry Pi

Embedded Linux devices are very fragmented in their design and implementation. At the basic level, they all have the following components: 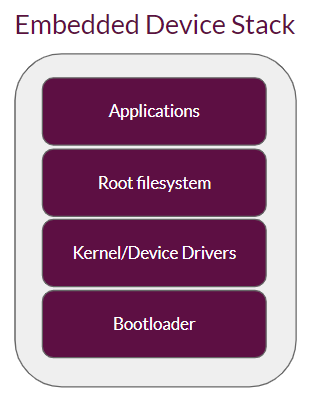 Applications implement the primary functions of a device; they are ultimately what makes the end user benefit from using the device. Therefore, they are the most frequently updated software stack to fix bugs and to add new features. They could also be updat...

From mgo to mongo-driver: Migration to the MongoDB supported driver for Go

Mender project provides proof that golang and microservices architecture make a good pair. Together with MongoDB, web UI, and a bit of orchestration they are building blocks of a modern highly scalable and customizable over-the-air (OTA) software update solution. In this post I describe the challenges we faced in the implementation of one of the core elements we changed, one way of migrating to a...